Surprise appearance of Unread 2 on the iOS App Store! It’s here, and that means it’s time to check the new features against the wishlist I have created a while ago. If you’d like to read a full review, I’d recommend the Macstories review by Rian Christoffel

In short, a surprising number of my wishes became reality:

To drive this point home, I have created two screen shots on my iPad. The first was taken while using the smallest font size, called “Atomic”:

The second screenshot was taken after increasing the font size by one stop. This setting is called “Tiny”1: 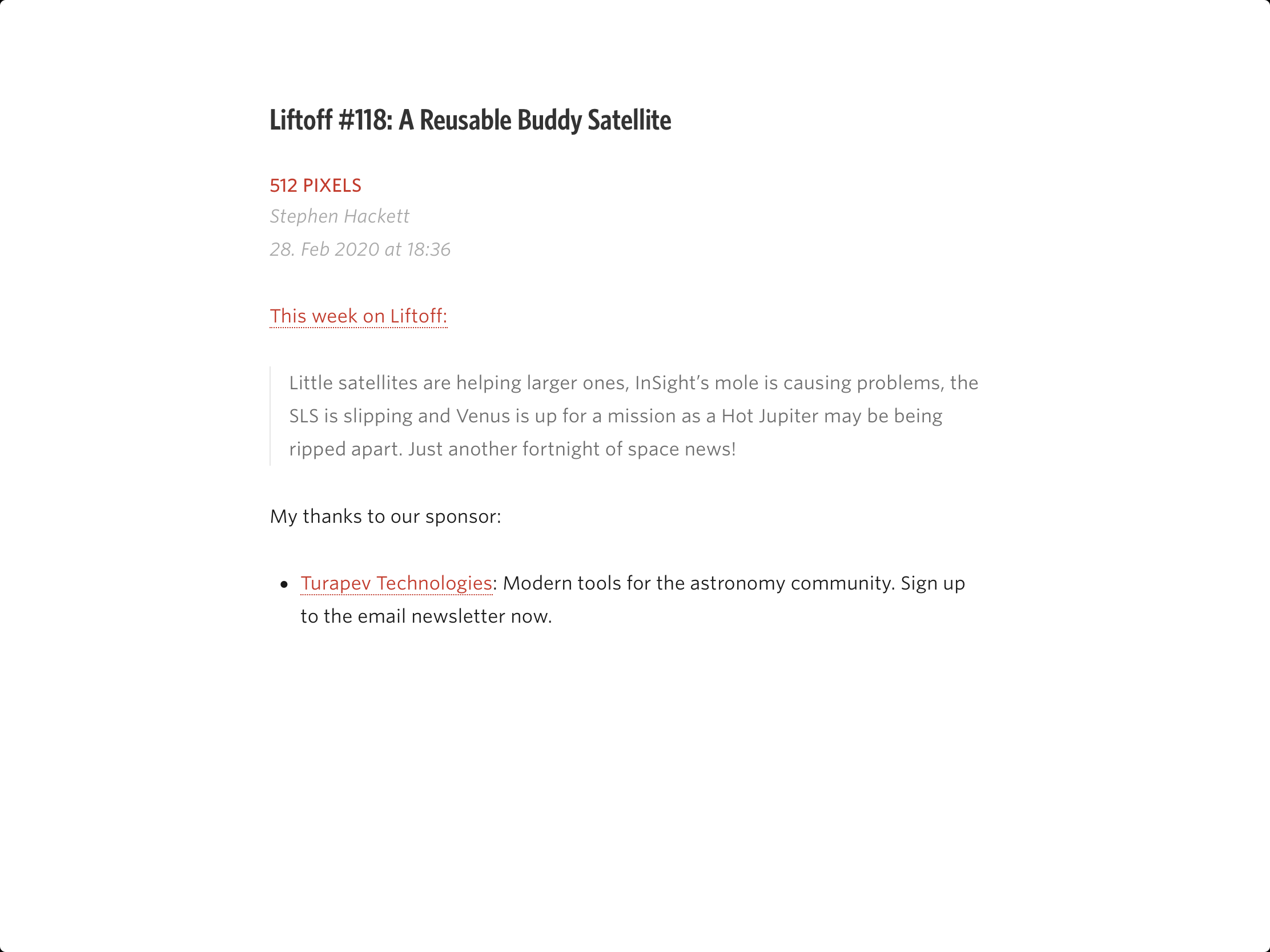 As much as I appreciate the other features shipped with version 2.0, the unsolved fontsize issue gives me pause with respect to buying a subscription to the app.